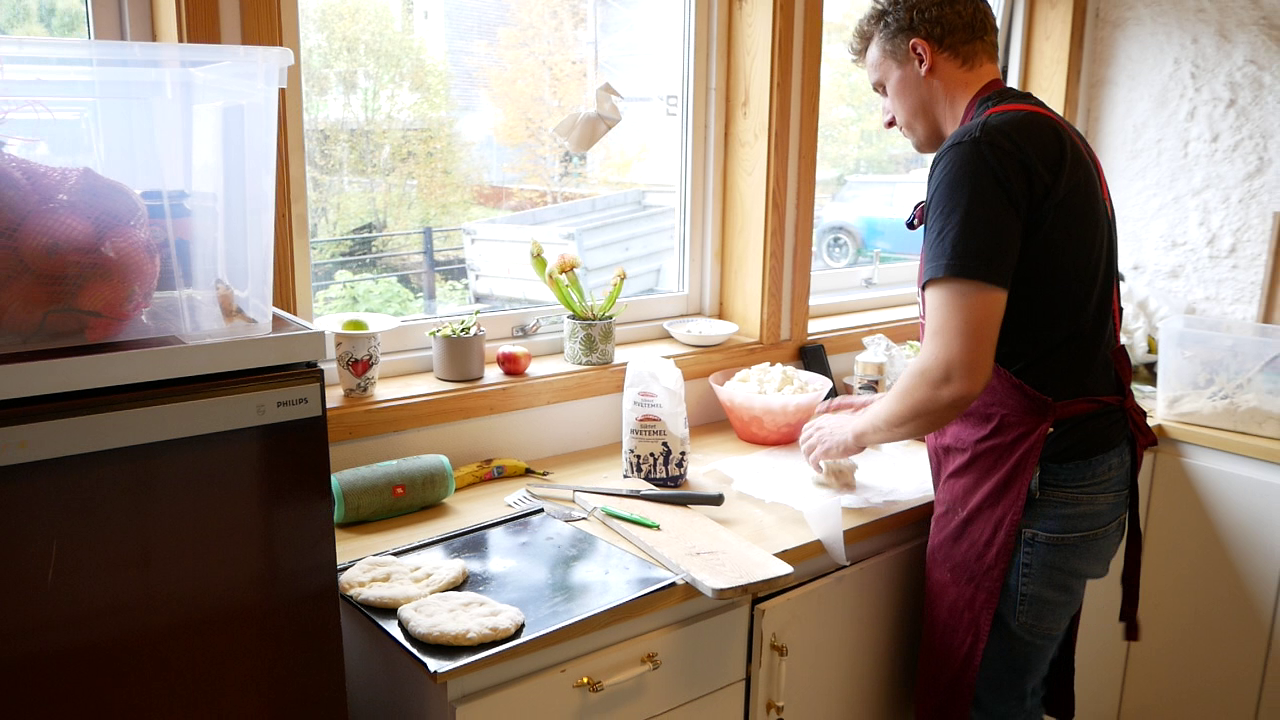 Wrap is proud to have payed an instrumental role in enabling Åstel Film to realise it’s first film production, which involved extensive use of our workshop-suite for set-building and special effects/animatronics, as well as studio staging of all locations.

The film makers were all very pleased with the experience of working at Wrap, which is unique in enabling such ambitious large-scale productions at a cost that is realistic for independent artists, without imposing significant limitations.

In addition to providing set locations and workshops, Wrap was also able to host Christian Høie, who provided the entire cast and crew with fantastic catering throughout each working day from Wrap’s spacious kitchen. In the picture above he is making his own nan-breads to accompany an Indian dinner. Otherwise he provided various Norwegian specialities with a focus on organic and local ingredients, freshly baked cakes, and of course lots of coffee.

Although this was the first major film production at Wrap, it continues in a developing tradition of ambitious and thorough productions that enable professional artists to up their game in a way that is unique in the context of Norway.

The film, Hospital Dumpster Divers is now in editing. Release date to be anounced.