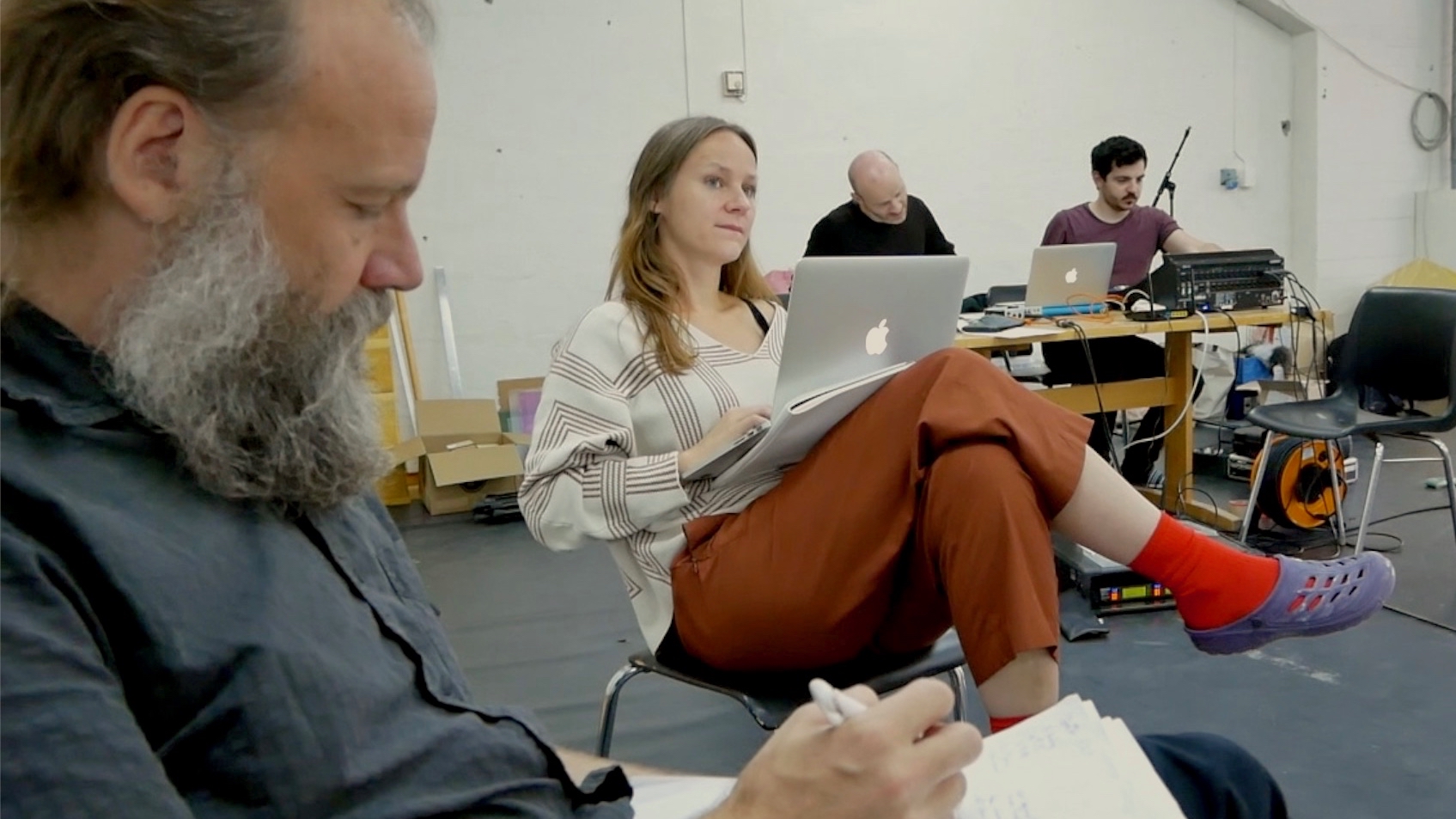 New URSUS opera produced at Wrap and presented by BIT-Teatergarasjen

TZAIE! is a new experimental opera by URSUS productions. The piece premiers at USF on the 26th September with an additional show on the 27th.

URSUS’ core artistic trio continue to develop a unique way of devising interdisciplinary art for the stage, which harnesses the potential provided by Wrap to explore and develop various ideas and media at the same time in close proximity. This is the companies third fully-blown opera, in addition to other projects.

Wrap also provided production/rehearsal space for the metal science opera, Fish to Mars, which premiered at the Bergen Aquarium in May, and recently won the audience prize at Bergen Fringe Festival at Cornerteatret.

Our new AV Lab and music equipment make Wrap particularly well suited as a production hub for projects that involve music and sound. In October we will host a workshop for Borealis’ Young Composer program, in which four promising young composers have been chosen, to develop their work during several months of mentorship and workshops.

Several other exciting music and sonic art productions are scheduled at Wrap this winter, including a project commissioned for the next Borealis festival.

October will also see the premier of Teaterfabrikken’s Educating Rita, by Willy Russell at Cornerteatret, a play that has been largely produced at Wrap.

Other on-going productions at Wrap include the short film, Hospital Dumpster Divers, by newly founded Åtsel Film, and a new work for the stage by Ole Mads Sirks Vevle.