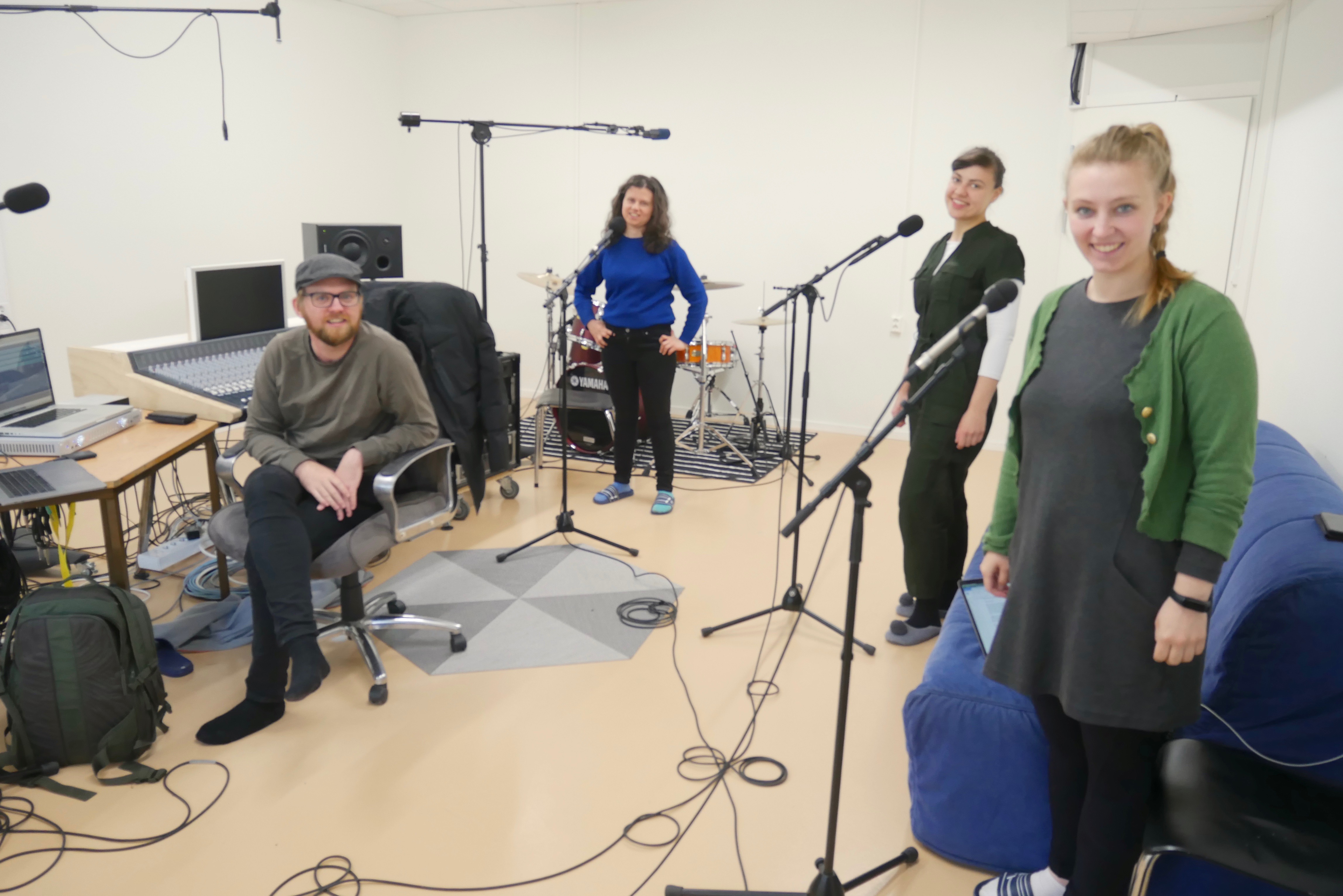 Following research and discussions about responsible guidelines for contagion control, Wrap opened up for two productions starting on the 20th of April.

We will continue to implement strict policies of social distancing, hygiene and containment/separation until further notice, but we are carefully reopening from lockdown. It is exciting to begin again to support the artists, projects and communities that need us, and to think about the most responsible and fulfilling way forward in relation to Wrap’s many functions and projects.

Transiteatret have been developing new material, and re-contextualising material from Tilstander av Untak during an intensive 3 week workshop in the Large Project Room. During this period, Tore Vagn Lid also gave an online lecture in which he talked about his ongoing work, using examples from the setup at Wrap.

Lina Taule Fjørtoft is developing a new play with musician Toivo Fjose which will be the second one produced at Wrap by this duo. Lina has also been making use of Studio A together with her colleagues from Eventyr I Parken to record new episodes of ParkPodden. This group has created a number of wandering theatre performances for children/familys in Nygård’s Park. The podcasts, like the plays, are part of the groups site-specific work that explores the park and it’s history to celebrate Bergen’s 950th anniversary this year. They will be released early this summer by Bergen City Council who will host them on a webpage dedicated to park-related activities and podcasts.